The 18th Judicial District East of Arkansas is composed of Garland County. The Prosecuting Attorney, in the administration of criminal justice, protects victims of crime as well as citizens at large. In addition, the Prosecuting Attorney seeks to punish criminals, help recover restitution for victims of crime, and to rehabilitate offenders who have shown a positive change in their life. Our society experiences a wide variety of crimes including domestic violence, sexual assault, child sexual and physical abuse, abuse of the elderly, heinous murders of adults and children, distribution of dangerous and illegal drugs, assault on police officers and teachers, gang violence, writing of hot checks and numerous other offenses. The Prosecuting Attorney, along with the local law enforcement agencies, seeks to apprehend and prosecute criminals helping to make our neighborhoods safer and benefit society as a whole. 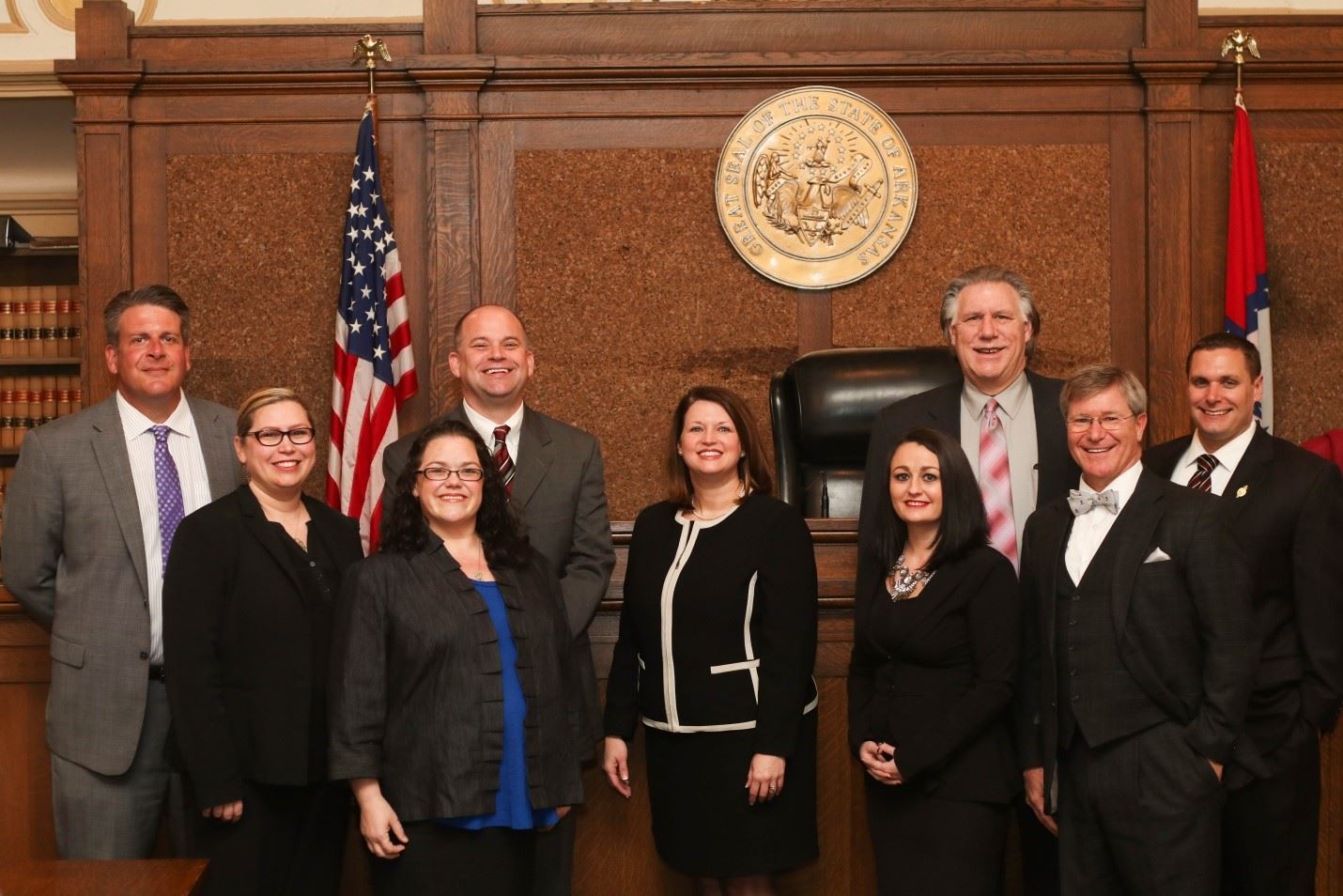 About the Prosecuting Attorney

Michelle C. Lawrence is the Prosecuting Attorney for the Eighteenth Judicial District East, serving Garland County. Lawrence began her career at the Prosecuting Attorney’s Office as a Deputy in 1994. In 2001, she was assigned to the position of Division Chief in Garland County Circuit Court Division IV, wherein she was responsible for the administration of attorneys and department staff assigned to Division IV, as well as being solely responsible for a caseload that encompassed the most serious and violent of crimes.

In January 2014, Lawrence was awarded the honor of being voted by readers of the Hot Springs Sentinel Record as the 2014 Reader’s Choice Award for Woman of the Year. In 2015, she was presented with the Deputy for Justice Award by the Arkansas Prosecuting Attorney’s Association.

Lawrence is a member of Piney Grove United Methodist Church. She and her husband, Jason, have three (3) children.